Skip to content Skip to main menu
Home › CLI Updates › What’s the highlight of your summer? 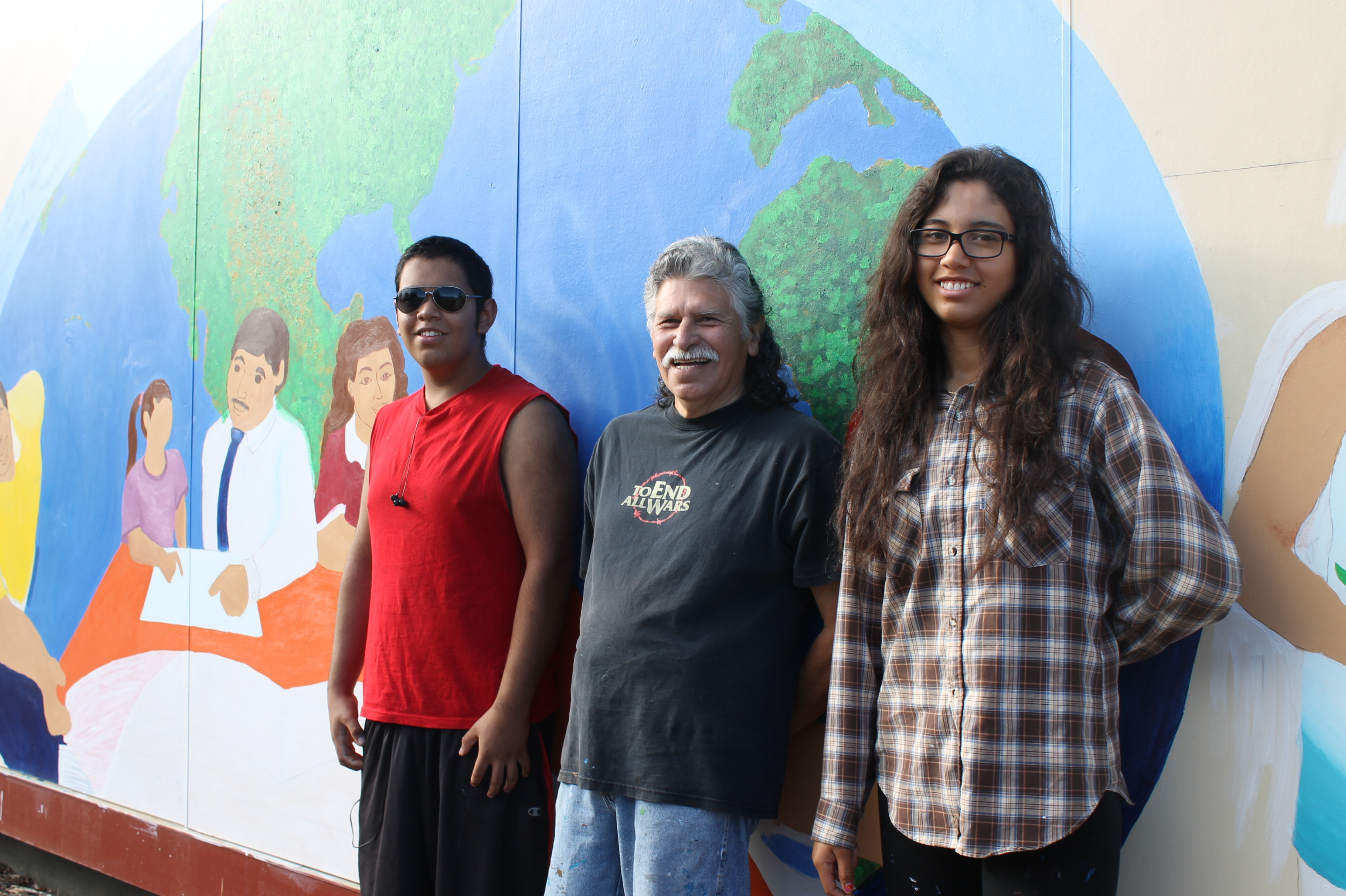 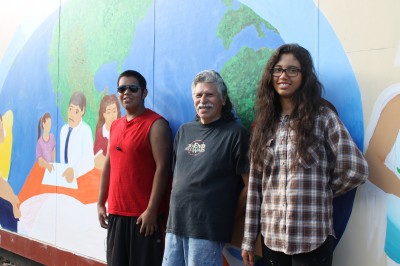 This summer I had the pleasure to spend an hour with Maria and Antonio about three days a week while I drove them from Salem to Woodburn so they could have the opportunity to paint a mural that tells their story.

It’s been the highlight of my summer.

Antonio (15) and Maria (16) are brother and sister. They live in Salem, Oregon, but are originally from a small village in Michoacan, Mexico known as Los Reyes (The Kings).

Interestingly I found out we have a lot in common. Los Reyes is about a half hour from where I come from and like me, they
immigrated to Oregon at a very young age. They live in northeast Salem where I grew up and both our parents are farmworkers. They also pick berries every summer as I did at their age and finally, they go to McKay High, the school I graduated from.

Like me at that age, they have dreams of going to college. Maria wants to be the first in her family to go to college and would
like to be an artist. Antonio, who won a writing contest in middle school, wants to be a writer.

Today on our drive to Woodburn we talked about their experience painting the mural. Maria said that initially she thought it would be boring and that she was just “tagging along with a group of volunteers.” Antonio chuckled and said, “I came because my sister made me.” But things changed quickly, after dragging themselves to come the first time with a group of volunteers, Maria and Antonio couldn’t wait to come again. “I really like coming here because I like you guys,” said Antonio. “What we are doing is empowering.”

“And what about working with Juanishi or sensai as you call him? What’s that been like?” This was my last question to them.

“Juanishi is a lot of fun. He has a lot of great stories. He’s like another young person, but he has the authority and respect from everyone,”—commented Maria.

“Juanishi is the only older person we have a relationship with. We have one living grandparent but he is back in Mexico and we never got the chance to get to know him,”—said Antonio.

Now we are just a couple of weeks away from finishing the painting of the mural. Who would have thought that the most valuable thing we were going to create was not just a mural, but true relationships. Thanks for the ride Maria and Antonio.

CAPACES Leadership Institute has become a place where I can come and express my concerns to the coordinators. Through the RE-TURNO program I have learned the qualities that make up a good leader and that there are various opportunities to make college possible.