Skip to content Skip to main menu
Home › CLI Updates › Have you seen it? 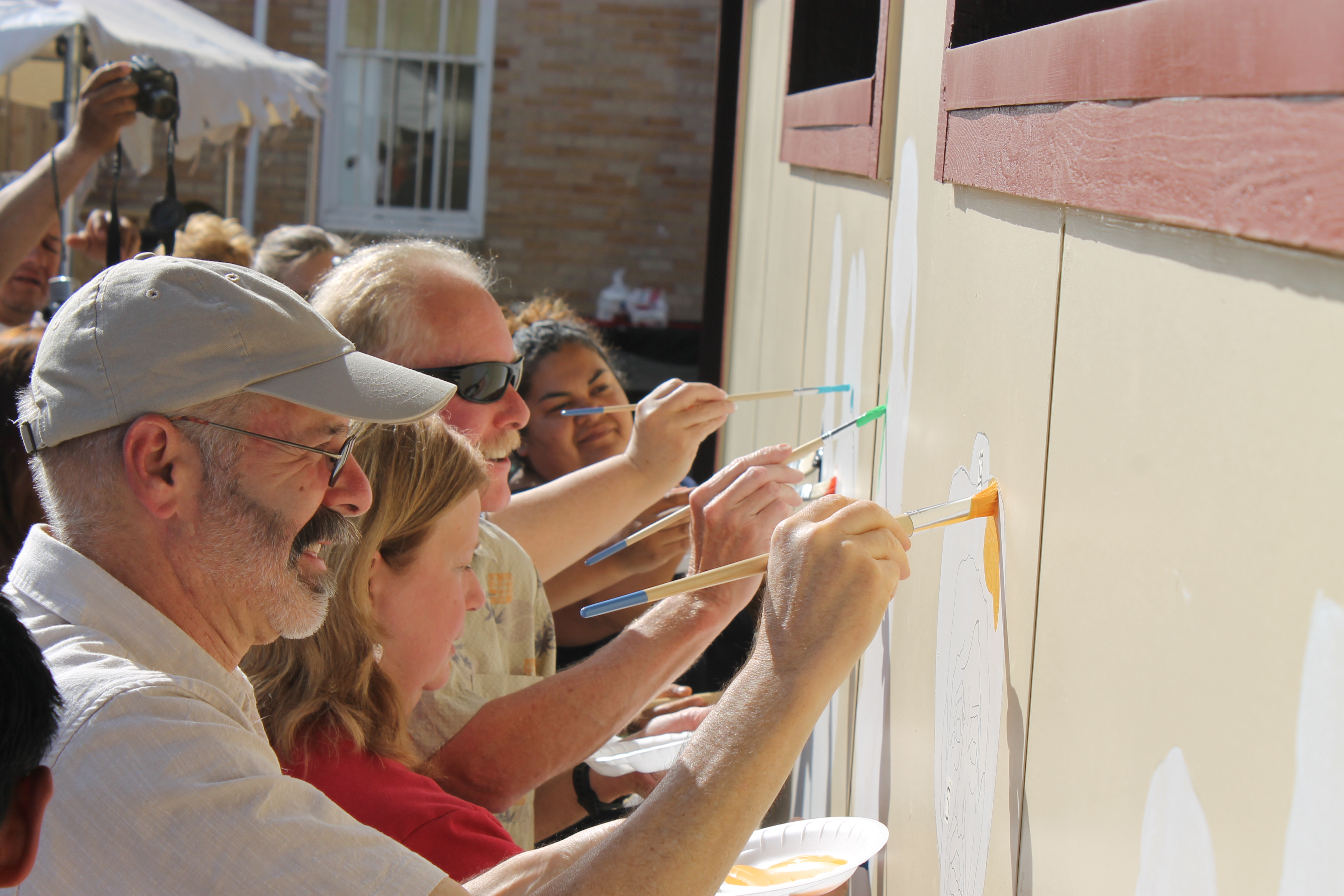 That’s the word on the street as the CAPACES Leadership Institute’s mural begins to take form.

On July 13th, the CLI kicked off the painting of its mural and celebrated its second birthday. The event drew fifty plus members from the community, many of whom were involved since the beginning of this project, nearly two years ago. Among those in attendance was Woodburn’ Mayor Kathy Figley. “This will be a tremendous asset to the Woodburn community”—Mayor Figley proudly pronounced when she spoke to the crowd.

“The story of the farmworker movement will be told in this mural. That’s my story. This will be something I will be able to share with my children and future grandchildren.”—Commented Alejandra Lily, a former farmworker and now Board member of the CLI. The event also capped off the CLI’s mural fundraising campaign. With your support we were able to meet our goal of raising $5,000 to begin painting the mural. Thank you!

The CLI has become a place I consider a second home. A place where I am free to express myself and where there is always an opportunity to learn something new.